After being available in bottle format since its inception, our award winning pale ale ‘Pay Day’ finally earned itself a much deserved run in cans. While we were at it we thought it was time to give what’s become a BeerHall favourite it’s first chance in packaged format, our Grapefruit IPA. Both are fresh off the canning line and available from the BeerHall today so get them while they’re fresh!

Expect to see them making their way around town in the coming weeks. 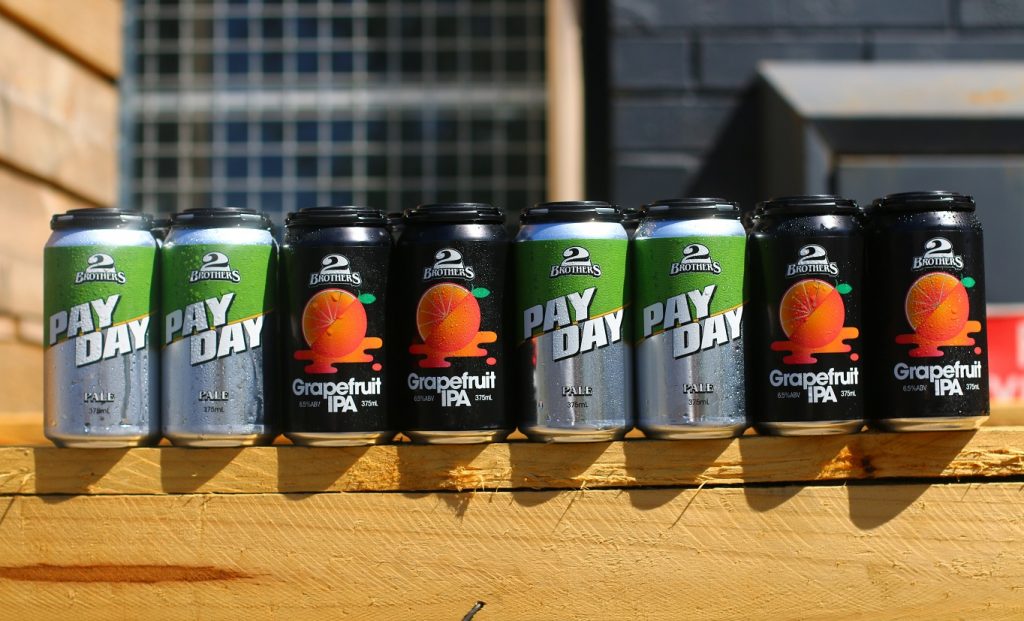