Apr 16, 2019 - NEWS, Uncategorized, WHAT'S ON
Since the dawn of the rocknroll era, beer has been by its side. It’s stood by through the highs of highs, through those face-melting, whaling guitar solos, and it’s been there for lows of lows, with that bloke who thought he was onto something 6 days into a festival hauled up in his tent with a one string guitar.

Either way you look at it, it’s been there, and we wanted to keep that tradition alive with our latest creation “Goes to ELEVEN”.
Named after the saying coined by a member of the greatest band to ever grace the stage. Goes to Eleven pays tribute to Nigel Tufnel and the band Spinal Tap, and their deep level of respect for taking rocknroll to not just 10, but 11.

In honor of the great Tufnel and the band who took music to places many questioned could ever be reached, we knew we had to go big, and we feel like we’ve done just that. An 11% ABV imperial stout made with 11 different malts, 11 kilograms of Galaxy hops and aged in Starward barrels for 11 months. Goes to ELEVEN is big, bold and complex, and with a little back blending from our Guvnor Starward edition for some added complexity, this beer has become dangerously drinkable for its size.

The beer will be released for GABS and will be available on tap from our BeerHall following the event….. and if you’re lucky you might even see this released in a very limited takeaway format 😉

Just like a Tufnel guitar solo at a live show, you’ll quickly realise an experience like this only comes around once in a lifetime. So get your hands on a glass or a bottle and enjoy the ride all the way up to 11. 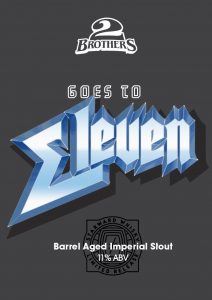 After launching our online Melbourne based Keg Hire platform at the end of last year, we’re excited to announce we’re committed to getting our customers the cheapest and best priced kegs to their door. Fortunately for us as a brewery we’re in a position to pass cost savings onto our customers that some of our competitors cannot. We also chose to offer our easy to use hand pump system that comes free of charge with every keg, therefore reducing the cost customers have to pay for what are normally added expenses and confusing bits of equipment.

We’re stoked to be able to offer the people of Melbourne hand made, quality craft beer for a cheap price, we hope your are too!

To hire your next keg of beer or cider, head to the keg hire page on our website.

Aug 29, 2018 - BEERS & CIDERS, NEWS, Uncategorized, WHAT'S ON
Part 2, our latest release from the second edition of our barley wine The Guvnor, has been sitting quietly away in the BeerHall for the past 12 months. If you’ve visited in that time you might have noticed a few barrels resting quietly right atop of the mezzanine. Some asked if they were for display, others just nodded in silence, as if they knew that patience was the only answer they would receive for any questions asked.

Since then, time and temperature have worked their wonders and what we’re left with is something pretty special. The barrels the barley wine were extracting from and mellowing in were those from Starward Distillery, the award winning, multi spirit producing distillery located in Port Melbourne (it’s a great spot to check out if you haven’t already).

Showing wonderful wooded characteristics with some smooth sherry notes, accentuated by the higher end whisky overtones. This one is best served between friends at room temperature in a fine glass or goblet, ideally matched with a dram of Starward Whisky.

*Each release is bottled in black glass, perfect for shielding it from any risk of light damage, making this beer perfect for ageing for countless years to come. Store it as you would a fine red wine. Over time this beer will age to become more intricate and refined, taking on more liqueur and sherry like characteristics.

Fresh is Best – A Tour of Hop Products Australia

When you look at this photo what words come to mind? ‘Poor timing’, ‘too excited’ and ‘overwhelmed perhaps?’

I think if you’ve suggested any of these you have hit the nail on the head. Unfortunately this is what happens when three giddy individuals are lucky enough go on their first tour of a hop farm, and what a tour it was. 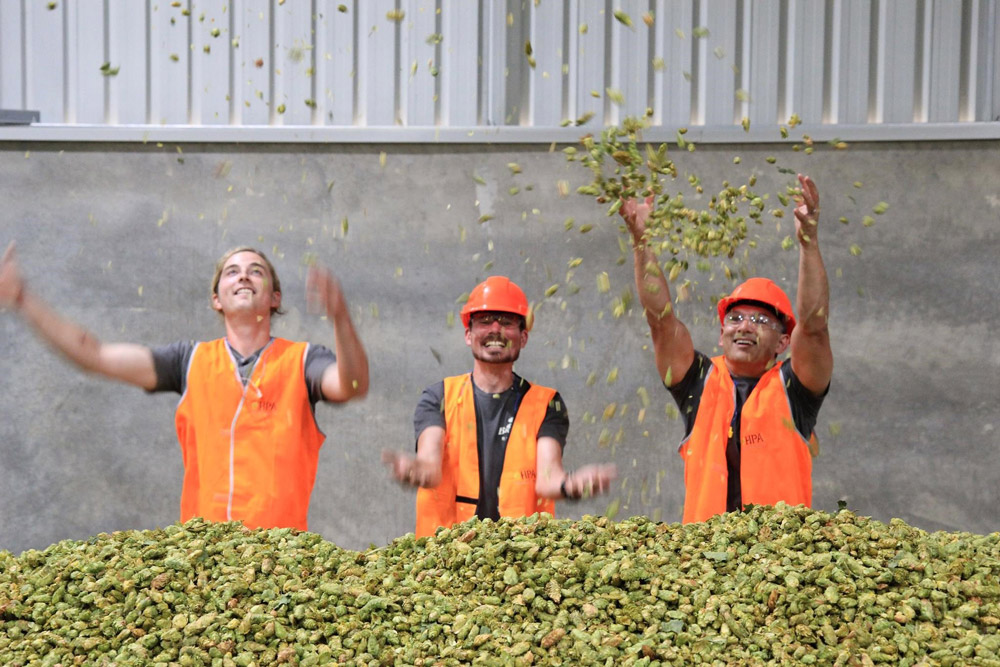 With little in mind as to what to expect, it was incredible to see the scale of  Hop Products Australia’s operation and how they’re dealing with the constant growth and demand for this ever evolving little flower. Lucky for us we were fortunate enough to visit the farm during harvest. This was realised when we were met by a shed in the middle of the country that smelt like tropical fruit and fresh lemon, not exactly what you expect when you walk into a shed in the middle of the high country, but boy did we not complain.

Walking around the farm, it was incredible to experience the aromas that burst out of this flower when it comes fresh of the plant. It’s something that none of us expected nor had ever smelt before. We all came away understanding why using the hop fresh off the plant, commonly known as ‘wet hopping’ could be so effective in brewing……future style perhaps?

Like many of us who share a common passion for good beer, there is often a shared appreciation for the all important hop. With the three of us having worked with our fair share over the years, it was truly a unique experience to see how this incredible smelling flower is transported from plant to pellet. It is something we all thoroughly enjoyed and something any hop head should get out and do!